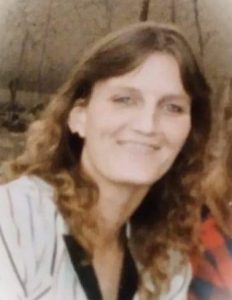 Melanie Joy Shores, 64 of Havana, died Wednesday, November 16 at Taylorville Skilled Nursing and Rehab. She was born June 10, 1958 in Canton, the daughter of Richard and Shirley ( Kenny Cogar) Bennett Holmes. She is survived by two daughters Silena (husband Daniel) Norman of Indiana and Jessica Shores of Springfield; six grandchildren Mike Lebegue (companion Missy Wu) of Chicago, Martina Lebegue companion (Logan Ivers) of Springfield, Dylan, Connor and Sarah Fishel of Springfield and Dani Norman of Indiana ; one great grandson Patrick Ivers; two sisters Connie (deceased husband Charlie) Selby and Kim Cogar (companion Tim Hibbitts) both of Havana; three brothers Jeff Cogar of Havana, Merle Holmes (companion Debbie Hawkins) of Havana, Danny (wife Karen) Holmes of Astoria; her last surviving uncle Steven (wife Jennifer) Bennett of Forest City and numerous nieces and nephews that spent considerable time together and all played an important role in Melanie’s life. She was preceded in death by her parents, stepfather Kenny Cogar (who raised her as his own) her brother Jerry Holmes, a nephew Steven Holmes, a great niece Whitney Lane and son in law Shawn Fishel. Melanie attended Bath School. She worked as a CNA in Cass, Brown, and Schuyler Counties for many years also while raising her family. In her early years she had a passion for motorcycle rides, Wednesday night Bunco with her girlfriends, and her skills as a master mushroom hunter. She enjoyed going out with friends and listening to music. She loved raising many Dachshunds over her lifetime and was known for being a dog whisperer. She never missed one of her daughters’ activities regardless of what it might have been. Melanie lived by her own rules in life. Her friends and family are what she lived for, and she will forever be known as the life of the party. A celebration of life will be held at a later date. Colwell Memorial Home in Beardstown is in charge of arrangements. Memorials have been suggested to the family of Melanie Shores. Condolences may be left online atwww.colwellmemorialhome.com or on Facebook at Colwell Memorial Home.