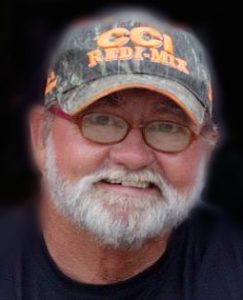 Leonard Ray Paul, was called home to the Lord on Friday, September 2 at 10:30 a.m. Leonard passed peacefully in his home, in rural Smithfield, surrounded by loved ones. Leonard was born on May 16, 1953 in Tacoma, Washington. His family moved often, and settled briefly in Illinois, where Leonard met his wife of 47 years, Sheila (Richey) Paul. Once he met the love of his life, there would be no more moving for Leonard, he married Sheila on June 6, 1975. Together, they raised two girls, and eventually the couple purchased land and built a home in rural Smithfield. Despite not having any formal training, Leonard was a skillful carpenter and built the house nearly entirely on his own after clearing the land. Leonard was no stranger to hard work. In his early adulthood, he cleaned and dug wells with his father and brothers. After numerous jobs, Leonard eventually became a day laborer as a member of Local #231, working primarily on road construction. Throughout his life, Leonard enjoyed the outdoors and was an avid hunter and fisherman. He retired in 2015 and turned to many of his hobbies and could often be found tinkering with machinery. It could be said that Leonard was always “fixing things”. Not being one to sit idle, he also took up a parttime job at Kifco in Havana. Those fortunate to have known Leonard will attest to his kindness, generosity, modesty, and all-around joyful nature. He did not meet a stranger and enjoyed helping those in need. He was a devoted husband and father and was adored by his grandchildren who he entertained relentlessly. Leonard is survived by his wife, Sheila of Smithfield, two daughters Ledena (Franki) Clark of Astoria, and Letisha (Kristofer) Trepac of Downs, two brothers Bertrum Paul of Waylon, Missouri and Aaron (Chris) Paul of Kahoka, Missouri, two sisters Annette Huett of Waylon, Missouri and Crystal Allen of Colorado, a sister-in-Law Patricia Paul of Farmington, and six grandchildren; Lexi Danner-Clark, Colton Schisler, Jerzi Clark, Norah Trepac, Miles Trepac, and Murphy Trepac. Leonard is preceded in death by his father and mother, William (Bill) and Sharon Paul and two brothers David and Paul Henry. A visitation will be held on Friday, September 9th, at Shawgo Memorial Home in Astoria from 5:00 p.m. to 7:00 p.m. with a service by Pastor Darrin Fish to follow. Memorials may be made to McDonough District Hospice.