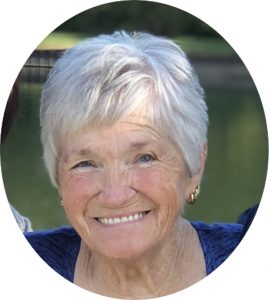 Mary Joann Bree, 79, formerly of San Jose and Creve Coeur, passed away at 12:46 p.m., Monday, August 22 at OSF Richard L. Owens Hospice Home in Peoria. Joann was born to Howard and Vivian (Dyer) Syrcle in Griggsville on May 4, 1943. She married Robert Bree on July 10, 1982. He preceded her in death on December 25, 1994. She was also preceded in death by her parents; one son, John Baird; two great-grandchildren, Gage Bell and Tatum Meaker; one sister, Betty Coultas; one brother, Allen Syrcle and Allen’s son John ‘Bobby’ Syrcle Sr. Joann is survived by two daughters, Debra Bumba of Bloomington, and Teresa (Jamie) Peplow of Metamora; one son, Jim (Karol) Baird of Mason City; twelve grandchildren, Jessica Meaker, Jeremy (Amber) Meaker, Jennifer (Jose) Flores, Kristina Baird, Jake Bowers, Adam Bowers, Maya Peplow, Beth Peplow, Jr. Baird, Dylan Baird, Taylor Baird and Tyler Baird; five great-grandchildren, Jayden, Kaleb, Gabby, Chance, and Kyrie; one brother, Ralph (Joyce) Syrcle; and one sister, Margaret McDaniel of Griggsville. She worked as a beautician for many years, then in retail before retiring and becoming a caregiver for her oldest son, John. Later in life she worked part time for Teresa’s family business until 2021 when she contracted meningitis, causing permanent blindness. While in the hospital with meningitis, they discovered colorectal cancer which she bravely battled until the end. She remained resolute in her faith and kept her sense of humor, positivity, and strength through all the battles she faced this past year. Joann was a member of First Baptist Church of Mason City and was devout in her faith. She was very independent, loving, hardworking and some might say feisty. She enjoyed sewing, knitting, and cooking as well as keeping her home, garden, and flowers in tip top shape. Her greatest treasures were time spent with her family, especially her grandchildren. Joann’s memorial service will be held at 1:00 p.m., Tuesday, September 6 at Henderson Funeral Home & Crematory, 2131 Velde Dr., Pekin with Pastor Luke Wolford officiating. A visitation will be one hour prior, from 12:00 to 1:00 p.m. also at the funeral home. Inurnment will be at 2:30 p.m., also on Tuesday, September 6 at Hartsburg Union Cemetery in Hartsburg. The family would like to give special thanks to the following: John M. Evans Supportive Living, OSF Hospice Home Care, OSF Richard L. Owens Hospice House, Dr. Mina and his staff at Unity Point Cardiovascular Services, Illinois Cancer Care, and Pastor Luke Wolford of First Baptist Church. Memorials may be made to First Baptist Church of Mason City.