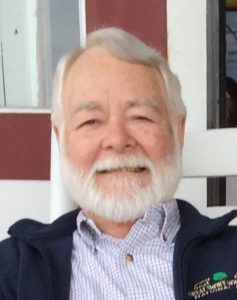 Don E. Towery, 74, of Normal, formerly of Havana, passed away on Thursday, June 23 at 10:24 a.m. at Richard Owens Hospice Home in Peoria. He was born on March 29, 1948 in Canton to John W. and Beulah (Niederer) Towery. He married Janice Heffren in Springfield on October 23, 1970. She preceded him in death on December 25, 2014. Mr. Towery is survived by his daughters; Lori (Dan) Scott of Schaumburg and Amber (Mike) Joplin of Wendel, North Carolina, grandchildren; Nathan Towery, Katie Scott, and Jessica Scott, sisters; Brenda Towery of Ohio and Beckie (Ron) Comstock of Havana, and Judy Martin, his life partner for the past 6 years. He was preceded in death by his parents, wife, son; Brian Towery, brother; Paul Towery, and grandsons; Hayden Joplin and Harrison Joplin. Mr. Towery was a member of St. Paul’s Lutheran Church in Havana. In January 2009, he retired from Caterpillar after 38 years. He served in the Army from 1968 – 1969 and was stationed in Germany and Vietnam. He went on to serve as a Reservist from 1969 – 1972 and in the Air National Guard from 1972 – 1975. He was a lifetime member of Canton VFW Post #1984. He was a volunteer for the Salvation Army, where he traveled for disaster assistance and was also a bell ringer. He enjoyed traveling and watching the St. Louis Cardinals and the Weather Channel. A funeral service will be held on Friday, July 1 at 11:00 a.m. at Hurley Funeral Home in Havana, with a visitation one hour prior to the service from 10:00 a.m. to 11:00 a.m. Rev. Brian Lesemann will officiate. Burial will follow the service at Laurel Hill Cemetery in Havana. Memorial donations may be made in Mr. Towery’s name to the Salvation Army. Online condolences can be left for his family at www.hurleyfh.com. Hurley Funeral Home in Havana is in charge of arrangements.