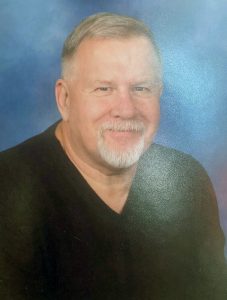 Terry L. Selph, 67, of Canton, passed away, Friday, June 3 at his home in Canton. He was born on October 28, 1954, in Canton, to Harvey and Mabel (Newlun) Selph. They preceded him in death along with two sons, Chris Selph and Greg Lawver. He is survived by his significant other of 37 years, Kathy Lock, four children, Troy (Alana) Selph, Eric Selph, Tammy (Lance) Tindall, and Jeff (Jody Wilcoxen) Lock, one brother, Tom (Sue) Selph, one sister, Brenda (Bob) Gardner, many grandchildren, and several great grandchildren. Terry was a truck driver for many years. He enjoyed riding motorcycles, watching and attending NASCAR and drag racing and taking care of his yard and flowers. Terry is also well known for his outdoor decorating for all holidays. A graveside service was held on Thursday, June 9 at 11:00 a.m. at White Chapel Memory Gardens in Canton. In lieu of flowers memorials may be made to Wesley United Methodist Church. To leave online condolences, please visit www.oakshinesfuneralhome.com