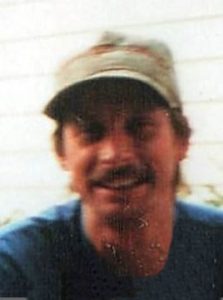 Jeffrey A. Neteler, 62, of Havana, passed away at 7:14 p.m. Thursday, June 2 at his home. He was born July 7, 1959 in Havana to Gerald and Annie (Guilliams) Neteler. He was preceded in death by his mother; one son, Brandon Neteler; one sister, Lisa Frank and one brother, Robert Neteler. Surviving is his father, Gerald of Havana; one son, Ryan Neteler of Illinois; three grandchildren; one sister, Sandy (Kenny) Howerter of Havana and one brother, David Neteler (Nelda) of Havana. Jeff had worked as a mechanic for his parents at Queen Ann’s Camperama in Havana and earlier as a delivery driver for Queen Ann’s Dairy Store in Havana. He enjoyed tinkering and had built a 1980 Camaro show car with his dad. He also loved playing pool. Jeff also enjoyed a cold Budweiser, a shot of Fireball and smoking Marlboro Red’s. He was of the Catholic Faith. There will be no services at this time. Cremation has been accorded by Preston-Hanley Funeral Homes & Crematory in Pekin. Memorial contributions may be given to VFW Post 6408, 415 West Adams Street, Havana, Illinois 62644. To express condolences online, visit www.preston-hanley.com