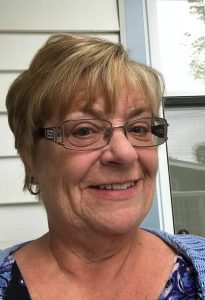 Angelya Marie (Golden) Bailles of Silverdale, Washington passed away unexpectedly, but peacefully at her home on April 26. She was born on July 8, 1960 in Springfield, Missouri to Martin and Loretta (Champieux) Golden. Angie was preceeded in death by her parents. Angie is survived by her husband David Bailles; sister Acilia (Golden) Brohman (Tony) and their children Connor and Kaylee; brother Andrew Golden (Jewel); children Kristin (Oliver) Downs (Trey); Ariel Oliver; Bianca Bailles; Anthony Bailles; grandchildren Owen and Ellie Downs. Angie graduated from Fair Grove, MO High School in 1978, and served in the U.S. Navy from 1978 to 1984. She was proud of being a veteran and in the first group of women to serve on the U.S.S. Vulcan (AR-5). Her post Navy career was mostly spent in newspaper advertising. She enjoyed long drives around the Pacific Northwest and time with her family. She was very happy to have all four of her kids living near for the past several months, and getting extra time with her grandchildren, whom she adored. A Celebration of Life, and scattering of her ashes will be held on Tuesday July 5th at her “secret beach” in Hansville, Washington. This would be their 10 year anniversary.