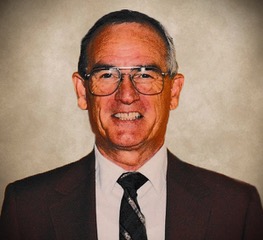 Glenn Richard “J.P. Flywheel” Genseal, age 84 of Greenview, died Saturday, February 19 at Walker Nursing Home in Virginia . He was born July 13, 1937, in Pekin, the son of Glen Genseal and Veta Wrestler Genseal Heffren. He and the former Eleanor Hart of Astoria, IL were married on April 26, 1957. They eloped with another couple to Palmyra, MO. Eleanor rode the bus to and from school that day to keep the marriage confidential. Eleanor survives in Greenview Glenn’s pride and joy were his family. In addition to his wife, he is survived by four children, nine grandchildren, and ten great grandchildren. Kim Ellen Kirchner of Springfield, IL (John Andrew) Tracy (husband Mike) Johnson of Chandlerville, Jay (wife Heidi) Genseal of Yorkville, and Shelly (husband Gregory) Roat of Athens. K.C. (wife Abby) Kirchner of Girard, Kellen Kirchner (Emily Woods) of Rockmart, GA, Kyson (wife Brittany) Kirchner of Chandlerville, Jay (wife Jennifer) Johnson of Petersburg, Jordan (husband Bo) Harrison of Oakford, Taylor (husband Kyle) DaVault of Yorkville, Madison (husband Dominic) Tassone of Yorkville Jeslyn Roat of Champaign and Samuel Roat of Athens, Kinzy, Lily, and Lola Kirchner, Landon, Emsley, and Hadley Johnson, Jaycee Guseman, Knox Harrison, Lane Tassone, and Finn DaVault. Also surviving are two brothers Ronald Heffren of Eureka and Randy Genseal of San Antonio, TX, one sister in-law, Jessie Hamblin of Havana, Former son-in-law, Kim Karl Kirchner of New Berlin, four nephews, one niece, and several treasured cousins. He was preceded in death by his parents, stepparents, and many beloved family members and friends. Glenn was raised in Canton and on the Genseal farm near Astoria. He joined the United States Marine Corps and honorably served during the Korean War. His love for his country ran deep. He authored a poem entitled, “My Brave Young Men” that is displayed on the Korean War Memorial in Springfield at Oak Ridge cemetery and he also wrote the lyrics of the 1968 song, “Pueblo” in honor of the USS Pueblo hostage crisis. Glenn was a barber in Central Ilinois for over 50 years, most recently in Chandlerville and Greenview. He was an auctioneer, entertainer, and emcee well known as J.P. Flywheel. He entertained with some of the best at the IL Country Opry, county fairs, fundraisers, and local celebrations. J.P. emceed the Chandlerville Burgoo for over 30 years. Glenn loved being a resident of Chandlerville and was honored as citizen of the year in 1980. Glenn served as the village barber, water commissioner, street Commissioner, dog Catcher and grave digger all at once. He was a member of Chandlerville American Legion #694. Glenn’s likes included supporting kids and grandkids activities, telling jokes and stories, pulling pranks, and playing rummy at the local pool hall declaring himself the world champion. He also loved coaching basketball and did so for Illini Central Girls Junior High Basketball and the Gym Rats. The Gym Rats were a heavily recruited boys traveling team composed of his beloved grandsons and their friends. J.P. Flywheel’s sense of humor and unconditional love will be missed by all. Cremation rites have been accorded and a celebration of life will be held at a later date. Colwell Memorial Home in Beardstown will oversee the arrangements. Memorials have been suggested to Chandlerville Improvement Council in care of Colwell Memorial Home, 515 S. State St. Beardstown, IL 62618. To leave online condolences go to www.colwellmemorialhome.com or on Facebook at Colwell Memorial Home.