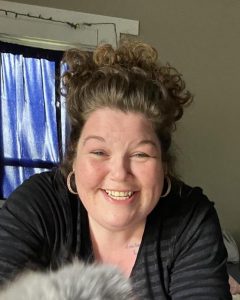 Brianne R. Kennedy, 42, of Lewistown, passed away at 8:30 a.m. Friday October 1, 2021 at Graham Hospital Emergency Room. She was born September 17, 1979 in Canton, the daughter of David and Jill (Nolan) Lawver. She married Michael Kennedy on August 17, 2009 at Lewistown. He survives with two daughters, Madison and Georgia Kennedy both at home. Also surviving are her mother, Jill Lawver of Lewistown, her grandmother, Marianne Hayes of Lewistown, two uncles, Jim Nolan of Lewistown, and John Nolan of Canton, and numerous cousins, nieces, and nephews. She was preceded in death by her father, and paternal grandparents, Wayne and Faith Lawver. Brianne graduated from Lewistown High School in 1997, and from Innovations Design Academy in 2006. She later graduated from Spoon River College of Nursing in 2013. She was currently working as a Registered Nurse at Renaissance Care Center in Canton. Brianne was an amazing mother. She gave her girls her very best whether it was help with their homework, playing video games on family game night, or comforting them when they needed her love. Her family meant everything to her. She also had a strong love for her cats. They were her fur kids. Her next passion was nursing. It was her calling. She loved the residents at Clayberg and at Renaissance like they were family. With her amazing smile, skills, and endless compassion, she was the nurse we all hoped was caring for our loved ones. With her compassionate heart, she was the kind of nurse that families could trust. A visitation is scheduled for Tuesday, October 5 from 5-7 p.m. at Henry-Lange Memorial Home in Lewistown. Cremation will be accorded following the visitation and a private family graveside service with burial of her ashes will be held at Oak Hill Cemetery. In lieu of flowers, memorial contributions may be made to an education fund for her daughters, Madison and Georgia, in care of Prairie State Bank of Lewistown. To view Brianne’s life tribute video or to send condolences visit henrylange.com