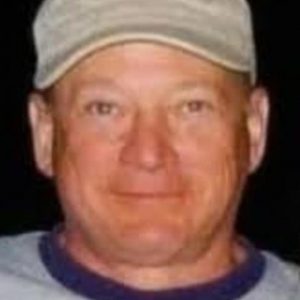 Harold Rhet Johnson, 62, of Bath, passed away at his home at 2:52 p.m., on Thursday, September 16. He was born March 30, 1959, in Havana, to Harold W. and Loretta (Thompson) Johnson. He married Kim (Elam) Johnson. They later divorced and remained companions. She survives. Mr. Johnson is survived by his father, Harold W. Johnson, of Chandlerville; three children: Jason Stephens of Oak Ridge, Tennessee, Star (Kevin) Murray, of Manito, Jacob Johnson, of Bath; five grandchildren: Madison and Nate Stephens, Donavon Lindsey, Briana Servis, Jayden Johnson; as well as four step-grandchildren: Chris Armstrong, Tyler, Dylan and Austin Murray. He is also survived by four siblings: Autumn (Dean) Lynn, of Michigan, Barbara (Dennis) Nall, of Havana, Daniel (Debbie) Stevens, of Chandlerville, and Kirk (Tami) Johnson, of Havana. He was preceded in death by his mother, one sister, Dorothea Stevens, and granddaughter, Jasmine Stephens. Mr. Johnson was an avid reader, who devoutly studied his bible. He attended church at Kilbourne Community Church. He was a graduate of Balyki High School and later served in the US Army. He was also a graduate of Spoon River College. He had worked as a police officer in Bath, for many years as well as for MacMurray College in Jacksonville and as a Maintenance Contractor for Caterpillar Inc. He was an active member of Jaycees and Balyki Alumni for several years. He enjoyed working with his hands, especially making projects for friends and family. Most of all, he was very involved with his family. He loved attending family gatherings to spend time with his siblings, children and grandchildren. He was loved by many. Visitation is planned at Hurley Funeral Home, in Havana, on Tuesday, September 21, from 12:30 until 2:30 p.m. Graveside services will follow at Bethel Cemetery, at 3:00 p.m., where he will be laid to rest next to his granddaughter, Jasmine. Rev. Aaron Blakeley will officiate. Military rites will be provided by VFW Post #6408 and American Legion Post #138, in Havana. A Celebration of Life will be held Saturday, November 6th at the Havana VFW. Memorial contributions may be made to Kilbourne Community Church or donor’s choice. Online memorial messages may be left for the family at www.hurleyfh.com. Hurley Funeral Home in Havana is in charge of arrangements.