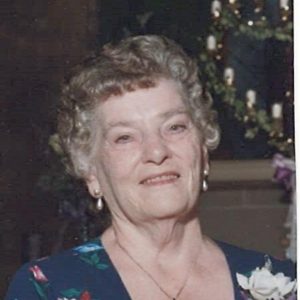 Ruth Maxine Parsley, 90, of Havana, passed away at Em’s Haven of Rest at 10:00 a.m., on Wednesday, August 11. She was born April 3, 1931, to George and Flossie (Vaughn) Stockham. She married Walter Doyle Parsley on July 6, 1949, in Havana. He preceded her in death on July 3, 2019. Mrs. Parsley is survived by two children: Bill (Kathy) Parsley and Cammy (Ed) Smith, both of Havana; six grandchildren and fourteen great-grandchildren. Also surviving are two sisters: Ann Watson and Roslie Cooper, both of Havana. She was preceded in death by her parents, husband, brother Bob Stockham, and great-granddaughter: Sophia Roddis. Mrs. Parsley was a member of Central Christian Church, in Havana, where she had been a Sunday School teacher. She had volunteered her time with Relay for Life, for several years. She enjoyed baking and was an avid birdwatcher. Funeral services will be held at Hurley Funeral Home, in Havana, at 2:00 p.m., on Saturday, August 14. Visitation will be held from Noon until 2:00 p.m., also at the funeral home, just prior to the services. Burial will follow the services at Laurel Hill Cemetery, in Havana. Rev. Dr. Donald Graham will officiate. Memorial contributions may be made to Central Christian Church. Online memorial messages may be left for the family at www.hurleyfh.com. Hurley Funeral Home in Havana is in charge of arrangements.