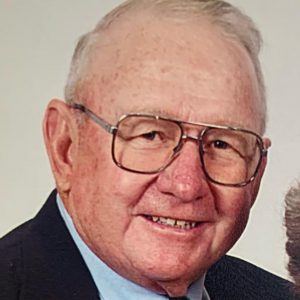 James F. Sarff, Sr., 83, of Chandlerville, passed away at Memorial Medical Center, in Springfield, at 9:25 p.m., on Monday, April 26. He was born April 20, 1938, in Lynchburg Township in Mason County, to Arthur and Jennie (Lane) Sarff. He married Kathleen Kramer on July 7, 1957, at Hopewell Baptist Church, at Snicarte. Jim is survived by his wife, Kathleen, of Chandlerville; three children: Sherie (Michael) Turner, of Bath, James (Jeannie) Sarff, Jr., of Chandlerville, and Jamie (Jeff) Six, of Bluffs; six grandchildren: Christopher (Lesley) Turner, Jocelyn (Morgan) Richard, Brian (Tiffany) Turner, Tyler (Kari) Six, Colby (Lindsey) Sarff, Kyle (Lexi Curtis) Six; two step-grandchildren: Brittany (Kyson) Kirchner and Jeremiah Burrows; as well as thirteen great-grandchildren. He was preceded in death by his parents; two brothers: Wayne and Robert Sarff; and sister, Margaret Wayve Giddens. Jim was a lifelong member of Hopewell Baptist Church, where he had served as a Deacon. He farmed his whole life in Mason County. He was a Pioneer Seed Dealer, Illinois Secretary of State License Investigator with the State Highway Department, and was a member of the Optimists. Jim was an avid duck and goose hunter, which reflected in his ownership and management of Mound Lake Farm. He was a good husband and father, who was dedicated to his family. He enjoyed a good meal, followed by a piece of pie with another slice of ham or piece of chicken. He also enjoyed a good ole hymn and piano music. Visitation will be held at Hurley Funeral Home, in Havana, on Thursday, April 29, from 5:00 p.m. until 7:00 p.m. Funeral services will be held at Hopewell Baptist Church, at Snicarte, at 10:00 a.m., on Friday, April 30. Rev. Mike Hopps will officiate. Burial will follow the services at Snicarte Cemetery. Memorial contributions may be made to Hopewell Baptist Church. Online memorial messages may be left for the family at www.hurleyfh.com. Hurley Funeral Home in Havana is in charge of arrangements.