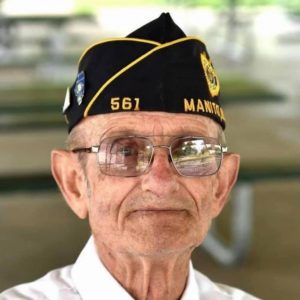 James Donald Parkin, 79, of Manito, passed away at his home on Tuesday, March 30. He was born December 7, 1941, in Manito to Charles Donald and Helen (Screen) Parkin. He married Marjorie Elaine Fox on June 7, 1969, at St. Patrick’s Catholic Church in Havana. Mr. Parkin is survived by his wife, Elaine, of Manito; two daughters, Heather (Keith) Poppy of Lynn Center, and Bronwyn (Scott) Hahn of Washington; and four grandchildren, Sydney, Kelsey, and Sarah Poppy and Grady Hahn. He is also survived by three sisters, Alice (Frank) Waldinger of Bradford, Mary Beth (Michael) Watson of Manito, and Josephine Hinkle of Manito; one brother, John (Trish) Parkin of Manito; and several nieces and nephews. He was preceded in death by his parents; one son, Travis; two brothers-in-law, Bill Hinkle and Rodger Woodley; and one nephew, Billy Hinkle. Mr. Parkin was a member of Immaculate Conception Catholic Church in Manito. He was a graduate of the University of Illinois. He served in the US Army and was the former Commander of Hill-Palmer American Legion Post #561 in Manito. He owned Manito Oil & Propane with his brother, John, for fifty-three years. He was a member emeritus of the Illinois Propane Gas Association State Board, where he had been its longest-serving member. He was the President of the Forman Library Board for many years and had been instrumental in getting their current location built. He was a former Citizen of the Year and Grand Marshal of the Popcorn Festival Parade in Manito. He was awarded the Paul Harris Award through the Manito-Forest City Rotary Club. Visitation will be held at Immaculate Conception Catholic Church on Sunday, April 4 from 3:00 p.m. until 6:00 p.m., beginning with Rosary at 3:00 p.m. Mass of Christian Burial will be held at 10:00 a.m., on Monday, April 5, also at the church. Burial will follow the services at St. Frederick’s Catholic Cemetery. Fr. David Whiteside and Deacon Bob Sondag will officiate. Memorial contributions may be made to Immaculate Conception Catholic Church Building Fund. Online memorial messages may be left for the family at www.hurleyfh.com. Maas-Hurley Funeral Home in Manito is in charge of arrangements.