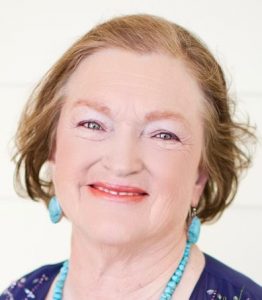 Blanche Ellen (Baxter) Mummert, 77, of Havana, passed away at 4:54 p.m. on Thursday, January 28 at Mason District Hospital in Havana. She was born on December 11, 1943 in Monmouth, the daughter of Florence Pearl (Bainter) Baxter and Orion Bell (Doc) Baxter, Sr. Blanche married Larry James Mummert on November 25, 1967 at the United Methodist Church in Canton. Blanche was preceded in death by her parents and 1 brother, Orion Bell (Bing) Baxter, Jr. Surviving are her husband of 53 years, Larry James Mummert, of Havana, 2 sons, James Marshall (and Shane Haggard) Mummert, of San Diego, CA, and John Dennis (and Dilanthi DeAlwis) Mummert, of Orange County, CA, 1 daughter, Jule Ellen Mummert, of Ft. Lauderdale, FL, and 2 grandsons, Ian Mummert and Dilan Mummert, of Orange County, CA. Also surviving are 1 brother, Charles B. (Chuck) Baxter, of Roseville, 1 niece, Charlene Baxter and 1 great-niece Masie Baxter, of Lakeland, FL. Blanche had many aunts, uncles and cousins, respectively. Blanche was raised in rural Camden, relocating to Avon during her first year of high school, and spent her final 3 in Roseville, graduating with honors in 1962. She enjoyed longtime friendships with classmates from both high schools and attended nearly every class reunion for both Avon and Roseville. Blanche excelled in college, working throughout, graduating with honors, and a Bachelor of Science in Home Economics, from Western Illinois University in 1966. She was employed as Fulton County Extension Advisor, until the birth of her first child in 1970. After being offered her position with Fulton County multiple times through the years, she focused instead on her role as wife and mother, but did return to the workforce to teach Home Economics at Astoria High School. She was an active member of the United Methodist Church, in Astoria and taught Sunday School in the church nursery, for many years. Blanche loved her family, the country life, gardening, growing various fruits, vegetables and flowers, loved animals, flying, teaching her children, took pride in her family tradition of baking the best pies around, and in the joy of helping others. All are welcome to attend Services, Saturday, February 6 at Shawgo Memorial Home, in Astoria. Visitation will begin at 10:00 a.m. Funeral Services at 11:00 a.m., and a Burial Procession immediately following, to the final resting site at Bethel Cemetery, South of Macomb. Blanche requested memorial donations be made to the ASPCA, at aspca.org (American Society for the Prevention of Cruelty to Animals). The family also asks to consider a donation towards the fight against Alzheimer’s disease, to the Alzheimer’s Association, at alz.org. Shawgo’s Memorial Home can assist with memorial donations to either of these causes.