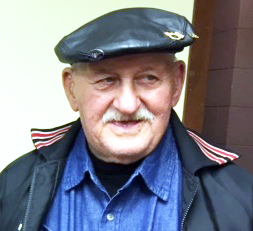 Elliott “ Harold” Wright, 85, of rural Lewistown passed away at 1:15 a.m. Thursday January 21 at Memorial Medical Center in Springfield. He was born April 8, 1935 at Frankford, MO; the son of Elliott H. and Loretta (Hecht) Wright. He first married Ada Gratton. He later married Judith Ann Smith January 16, 1965 at Petersburg. She survives. Also surviving are nine children, Debora (Tom) Wright-Moore of Milton, Glenn (Regina) Wright of Milton, Guy (Ann Bailey) Pettet of Bloomington, Connie (Lyle) Pettet-Sears of Adair, Glen (Lisa) Pettet of Oakford, Mary (Ron Kamerad) Wright-Ballard of Athens, Ruth (Robert) Wright-Lippert of Havana, Karen (Tim) Wright-Kamerad of Muskegon, MI; and Joleen Wright-Swearingen of Lewistown, three sisters, Bonnie (Gordon) Scranton, Loretta Anne Owings, and Rosie (Joey) Cawthon all of Pittsfield, 28 grandchildren, and 52 great grandchildren. He was preceded in death by his parents, one daughter, Kelly Jo Pettet-Benavides, four brothers, and one sister. Harold was a welder-fabricator and mechanic, as well as a farmer. He had served as Waterford Township road commissioner and owned his own pipeline business, W&F Construction. He was the owner and operator of Scenic Drive Valley Shop. Harold had also worked at International Harvester Canton plant and Hitchcock Scrapyard. He was of Christian faith. Harold was a “jack of all trades.” He was a member and GSR of AA in Fulton County for many years. He was also a member of “the Duck Club” – Havana. Harold enjoyed fishing, hunting, camping, and had been an avid stock car racer. He enjoyed donating his time and his welding truck at the Fulton County Fairgrounds demo derbys. Funeral services will be held at 1:00 p.m. Saturday, January 30at the Henry-Lange Memorial Home in Lewistown. Burial will follow at Waterford Cemetery at rural Lewistown. Visitation will be held from 11 a.m. until 1 p.m. at the memorial home. Masks and social distancing are required. Memorial contributions may be made to the family to assist with funeral expenses. The family requested memorials be made payable to Henry-Lange Memorial Home. To view Harold’s life tribute video or to send online condolences visit henrylange.com.