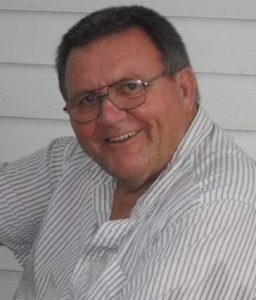 Douglas Wayne Wilcoxen, 80, of Havana passed away at 2:35 a.m. on Wednesday, December 16 at Mason District Hospital in Havana. He was born on July 25, 1940 in Bernadotte to Dalton and Bessie (DeMoss) Wilcoxen. Doug is survived by his children: Steven (Heather) Wilcoxen, Jeff (Krista) Wilcoxen, Tina Thrasher, Tonya Wilcoxen, Erika (Korey) Jacob, and Daniel (Sunny) Wilcoxen, 13 grandchildren, and 11 great-grandchildren. He is also survived by his brother, Dwayne (Mary) Wilcoxen, and sister, Barbara (George) Farquer. He was preceded in death by his parents, brother, Alfred Wilcoxen, sister-in-law, Shirley Wilcoxen, and daughter-in-law Jonna Wilcoxen. Doug worked for Caterpillar Tractor Co. for over 30 years. He loved spending time with his family, especially his grandchildren. Cremation rites have been accorded and a graveside service will be held at a later date at Apple Cemetery in Fulton County. Memorial contributions may be made in Doug’s name to the Wounded Warrior Project. Online condolences can be left for the family at www.hurleyfh.com. Hurley Funeral Home in Havana is in charge of arrangements.