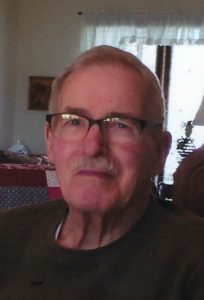 Don DeWees, age 82 of Macomb, formerly of Astoria, passed away at 5:58 a.m. Tuesday, November 3 at his home. He was born on October 27, 1938 in Cleveland, Tennessee, the son of Willard and Mary (Gilliland) DeWees. On June 19, 1960, Don married Betty Ann Cufaude in Mason City. She survives. Also surviving are his daughter, Julie DeWees of Macomb, two sons; Todd DeWees of Springfield and Tim DeWees of Table Grove, two grandchildren, Sydney DeWees and Jacob DeWees, both of Macomb, two brothers, Dave DeWees of Havana and George DeWees of Lincoln, and his brother-in-law Don Cufaude of East Moline. Don was preceded in death by one brother, Frank DeWees. Don was a graduate of Havana High School in 1957 and Western Illinois University in 1964. He was a school teacher for 40 years, he began teaching at Deer Creek-Mackinaw for 3 years, then 37 years at Astoria High School, teaching Drivers Education and Health. He was a registered football and basketball official since 1964. He coached for 9 years before he began officiating in 1973. He became certified in 1976 and began working play-offs and eventually officiating the state football championship game in 2001. He officiated many boys and girls basketball regional, sectional, and super-sectional games. Don was a member of the Midwest Officials Association in Jacksonville and the West Central Basketball Officials Association where he served as President and was rules chairman for basketball and football for 5 years. He was very active in the Astoria community. He was a member of the Astoria United Methodist Church and a charter member of the Astoria Lions Club, serving as President from 1984-1985. He was also a member of the Masonic Lodge, initiated in 1974, passed on May 11, 1978, and raised on May 25, 1978. He served as Grand Master of the Astoria Lodge #100 AF & AM in 1983. Cremation rites have been accorded. Memorials in Don’s memory may be given to the MDH Hospice or the Astoria Lions Club. Memorials may be sent to the funeral home at PO Box 525, Astoria, IL 61501.