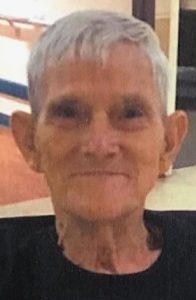 Hubert Dale “Georgie” Ramsey, 87, of Havana, passed away at 10:27 p.m. on Thursday, October 22 at Graham Hospital in Canton. He was born on November 15, 1932 in Havana, the daughter of Claude and Irene Ramsey. Dale married Janet Kay Graham on October 19, 1974 in Lewistown. She preceded him in death on June 26, 2008. Survivors include his sister-in-law, Judy Buckley of Havana, and 2 sisters, Mary Ann and Linda. He was a carpenter for several years. Dale served in the United States Air Force for 12 years. Services will be held at 11 a.m. on Tuesday, October 27 at Shawgo Memorial Home in Astoria. Pastor Sue Roat Hall will be officiating. A visitation will be held 1 hour prior to the service on Tuesday. Interment will be in Laurel Hill Cemetery in Havana with the Havana American Legion and VFW providing military rites.