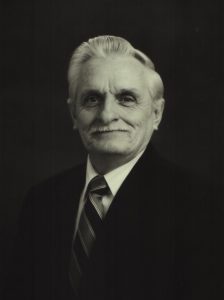 Felix J. “Jack” Fowler, 87, of Havana passed away at his home on Sunday, July 19. He was born on August 25, 1932 in Pawnee, to Alfred and Christine Walz Fowler. He married Sarah J. Smith on February 19, 1955 in Virden. She preceded him in death on July 16, 2011. Mr. Fowler is survived by his children: Steve Fowler of Athens, Craig (Vicky) Fowler of Petersburg, Jeanean Fowler of Springfield, Zane Fowler of Havana, and Mark (Casey) Fowler of Havana, 11 grandchildren, and 5 great-grandchildren. He is also survived by his brother Tom (Jeanie) Fowler and sister Marge Cathcart. He was preceded in death by his parents, wife, sister, Nadean Sisk and his grandson, Justin Fowler. Mr. Fowler served in the Navy during the Korean War. He was a member of St. Patrick’s Catholic Church. He worked as a lineman for CIPS/Ameren and retired after 42 years. Funeral services will be held on Friday, July 24 at 11:00 a.m. at St. Patrick’s Catholic Church in Havana. Fr. David Whiteside will officiate. Burial will be held at Joel Hall Cemetery in Athens on Monday, July 27. Memorial contributions can be left in Mr. Fowler’s name to Pets Without Parents. Online condolences can be left for the family at www.hurleyfh.com. Hurley Funeral Home in Havana is in charge of arrangements.