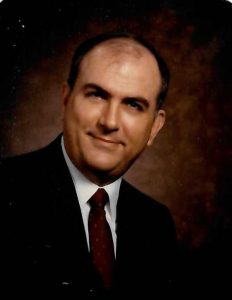 It is with profound sorrow that the family of  shares the news of his death on July 5. Mr. Artman is a longtime Fulton County resident, having lived in his home in Wee-Ma-Tuk for the last 45 years. He had recently been staying with his daughter and her family in the Chicago suburbs. His wife of 52 years, Janice Artman nee Clark, his parents, and his brother preceded him in death. Surviving are his children Catherine Drehobl nee Artman and son-in law Christopher Drehobl of Lake Zurich; David Artman and daughter-in law Michele Artman nee Roach of Pennsylvania. Other surviving family includes his 4 grand children: Evangelina Artman, Michael Artman, Kirsten Drehobl, Dewey Drehobl, and his dog Jasmine who is now residing with his daughter. Mr. Artman was an active member of his community. An educator by profession, he held various positions throughout his tenure including: building principal of VIT High School, substitute classroom teacher K-12 at several Fulton County schools, superintendent of Pleasant View Grammar School, and various administrative positions at Spoon River College. He also worked closely with law enforcement in his role as Fulton County Juvenile Officer and Investigator. He belonged to many social organization including Kiwanis and a local model railroad club. Mr. Artman was a beloved husband, father, teacher, and friend. His quirky sense of humor and capacity to listen will be sorely missed. It was his wish to be cremated without ceremony. In lieu of ceremony or flowers, Mr. Artman expressed the wish that friends feel free to contribute to the charity of their choice in his name. Those interested in sharing their stories of Mr. Artman may contact his daughter at C.Drehobl@sbcglobal.net. Ahlgrim Family Funeral Home, Lake Zurich, is handling arrangements.