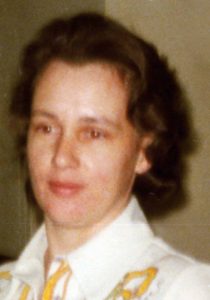 Mrs. Frances Sue Barnett, 77, of Canton, passed away on Saturday, Feb. 22, at Graham Hospital, in Canton. Born Thanksgiving day, Nov. 26, 1942, in Cuba, the eighth child of Lloyd Edward and Kathryn Lucille (Hughes) Swise. After the death of her father in 1949, her mother later remarried, making Lloyd “Buck” Moore, her stepfather. She married Donald Lee Barnett 57 years ago, on April 4, 1962, in Phoenix, AZ and he survives. Also surviving are one daughter, Dawn (Joseph) Putman of Canton, one son, Don Barnett, of Pekin, one grandson Matt Putman of Hanna City, and two sisters, Norma Atchley, of Nuevo, CA, and Diane (Bob) Wells, of Canton. Preceding her in death were one daughter, Linda Marie Barnett and one granddaughter, Elizabeth A. Putman who both died as infants. Also preceding her in death were five sisters, Betty Richerson, Pauline Myers, Shirley Wages, Patsy Bryan, and Peggy Schneider, and four brothers, James, John, Ray Lee, and Allen Swise. Frances will be remembered as a kindhearted and loving soul who loved her close family as well as the many nieces and nephews from her extended family. She attended schools in Cuba and in Canton. Frances loved gardening, and was skilled at crochet and quilting. In 1976 she won first place in the knit and crochet category of the Canton State Bank dress a doll contest, and she had some of her quilts on display at Spoon River College in 2017. Cremation rites have been accorded through Oaks Hines Funeral Chapel and Crematory in Canton. To leave online condolences please visit oakshinesfuneralhome.com