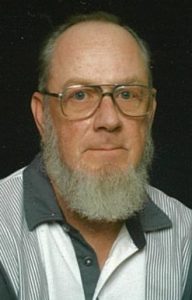 William D. Ward, 73, of Dunfermline, passed away at 6:45 Pm on Thursday, February 6, 2020 at Unity Point Methodist. He was born on October 25, 1946 in Bath to Arthur and Marie (Butler) Ward. He married Caroline Gillespie on August 23, 1969, she preceded him in death in 2009. William was also preceded in death by his parents, three brothers, and two sisters. Surviving is one son, Greg (Lisa) Ward of Norris, one granddaughter, Kyra Ward, and two sisters, Verda (Glen) Flowers of Richmond, TX and Laura McDaniel of Kilbourne. William retired from Komatsu as a parts chaser where he worked from 1975-1999. He was a member of the Canton VFW Post 1984 and was a volunteer at the Fire Department in Bath for 25 years. William enjoyed mud racing, go cart racing, circle track racing, and being out in the garage. A visitation will be held from 5 to 7 p.m. on Thursday, February 13 at Sedgwick Funeral Homes & Crematory in Canton. Services will be held at 11 a.m. on Friday, February 14 at Sedgwick Funeral Homes & Crematory in Canton. Burial with military honors will follow at Bath Cemetery in Bath. Memorials can be made to the Canton High School Trap Shooting Team. To make online condolences you may go to www.sedgwickfuneralhomes.com.