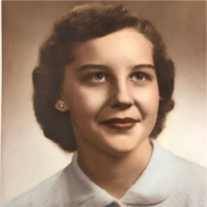 Noretta Moore, 81, of Dallas, TX, passed away at her home at 10:45 p.m. on Wednesday, January 29, 2020. She was born February 2, 1938, in Chandlerville to Raymond and Gertrude (Siltman) Finch. She married Edgar C. Moore II on June 7, 1959, at Fairview Methodist Church, near Bath. He preceded her in death on April 2, 2011. Mrs. Moore is survived by two children: Alex (Elizabeth) Moore of Acworth, Georgia, and Dawn (Jeffrey) Ayres of Plano, TX; as well as five grandchildren. Also surviving are two brothers: Leon (Laurel) Finch of Suwanee, GA and Dwight (Linda) Finch of Ft. Pierce, FL. She was preceded in death by her parents; sisters, Marilyn Meegge and Rosalie Avery, as well as one brother, Ronnie Finch. Mrs. Moore had worked at GMAC Financial for several years. Visitation will be held at Lintner-Hurley Funeral Home in Chandlerville from noon until 2 p.m. on Saturday, February 8. Graveside services will follow at Bath Cemetery at 2:30 p.m. Larry Lippert will officiate. Memorial contributions may be made to the donor’s choice. Lintner-Hurley Funeral Home in Chandlerville is in charge of arrangements.