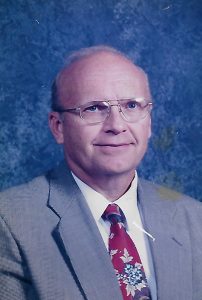 Dr. Harold E. Ford, 72, of Geneseo and formerly of Canton, passed away at 8:10 a.m. Monday January 20, 2020 at Sunset Manor in Canton. He was born September 25, 1947 at Canton, the son of Henry H. and Vera Maxine (Little) Ford. He married Arlene McCance on March 2, 1967 at Smithfield. She survives with one daughter, Kelly Glennon of Bement; four grandchildren: Elizabeth (Dane) Price, Aubrey Glennon, Natalie Ford Glennon, and Ian Glennon all of Bement; one great granddaughter, Harper Price; and one great grandson expected in February; three brothers, Lee (Linda) Ford of Smithfield, Henry Alan (Sue) Ford of Dunfermline, Robert (Cindy) Ford of Forrest; and one sister, Carolyn (Kenneth) English of Bushnell. He was preceded in death by his parents and one sister, Jo Ann Bishop. Harold received his bachelors and master’s degree from Western Illinois University. He later received his PhD from Illinois State University. He was an assistant superintendent for Canton and Geneseo Schools, and later served 13 years as Superintendent of Schools at Geneseo before retiring. After his retirement he served as an interim superintendent for several schools. He was the IASA president from 2002-2003, and was named Geneseoan of the Year. He loved to travel with his family and had visited all 50 states and several countries during his life. He loved reading, woodworking, hunting, and building homes with his good friend Jerry Haffner. Services will be held at 1 p.m. on Sunday, January 26 at Brock United Methodist Church in Smithfield where visitation will be held Saturday from 2 to 4 p.m. Pastor Ellen Dodd and Dean Reeverts will officiate. A celebration of life will be held in Geneseo in March. Memorial contributions may be made the Dr. Harold Ford Scholarship Fund for future educators. Condolences may be made at henrylange.com