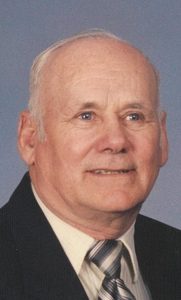 Ralph “Buddy” Linn Paul, 92, of Canton, passed away at 11:38 a.m. on Monday, December 2, 2019 at Graham Medical Group. He was born on September 13, 1927 in Canton to John W. and Sadie (Brush) Paul. He married Marian Grace Gillette on October 7, 1950 at the First Baptist Church in Canton. She survives. Also surviving are four children: James E. (Annegret) Paul of Kalamazoo, MI, Ralph W. (Patricia) Paul of Normal, Jeffrey L. (Tina) Paul of Macomb, and Kathleen A. (Michael) Luker of Canton; nine grandchildren; 20 great-grandchildren; and six great-great-grandchildren; and one brother, John W. Paul Jr. of Escondido, CA. Also, many nieces, nephews and cousins. Ralph was preceded in death by his parents, two brothers: Herschel and Robert Virgil Paul, and six sisters: Ethel Pfieffer, Mabel Miller, Opal Averill, Waneta Whitaker, Gertrude Melz, and Emma Everlen, and one great-grandson, Nathan Paul Hickman. Ralph joined the Army in 1946 serving in WWII, spending over two years in Italy, two years with the Korean conflict, and a total of five years in the service. In his youth he worked at Al’s Shoe Repair, The IHC Canton Plant, and Norm Zeurcher’s Auto Care. He began carrying mail in Christmas ’52 and worked at the Canton Post Office for 32 years. He retired in 1984 to work maintaining his properties and enjoying his friends and family. He was a cubmaster for Boy Scouts of America and co-president of Kellogg PTA during the 60’s. He was also a member of National Association of Letter Carriers and a member of the First Baptist Church of Canton where he often ushered. A celebration of life will be held at a later date. Cremation rites will be accorded with Sedgwick Funeral Homes & Crematory in Canton. Memorials can be made to the First Baptist Church Food Pantry in Canton or Love, Inc. in Canton. To make online condolences you may go to www.sedgwickfuneralhomes.com