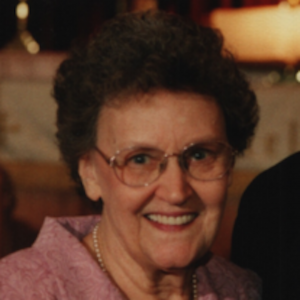 Carol Marian Elliott, 87, of Havana, passed away at Mason City Area Nursing Home at 10:30 a.m. on Sunday, September 1, 2019. She was born October 5, 1931, in Chicago to Leroy and Helen (Decker) Lindstrom. She married Harry C. Elliott on April 9, 1951, in Chicago. He preceded her in death on August 16, 1980. Grandma Carol is survived by four daughters: Karen Elliott, Janis (Jerome) Hurley and Nancy Elliott, all of Havana, and Amy (Daryl) Weseloh of Minier. Also surviving are six grandchildren: JJ Onken, Michael (Kathryn) Hurley and Carol Ann Hurley, all of Havana, Adam Weseloh of Virginia Beach, Virginia, Ryan Weseloh of Forest Park, and Logan Weseloh of Minier; as well as two great-grandchildren, whom she adored, Isabella Ann and Oscar Richard Hurley, both of Havana; and several nieces and nephews. She was preceded in death by her parents, husband, and one sister, Barbara Kacer. Grandma Carol was a member of St. Paul’s Lutheran Church in Havana. She and her husband owned and operated Elliott’s Paint Store in Havana for many years, until her retirement in 1990. Visitation will be held at Hurley Funeral Home in Havana, on Tuesday, September 3 from 5 until 7 p.m. Funeral services will be held at St. Paul’s Lutheran Church in Havana on Wednesday, September 4, at 11 a.m. Burial will follow the services at Laurel Hill Cemetery in Havana. Rev. Kevin Wendorf will officiate. Memorial contributions may be made to St. Paul’s Lutheran Church, Havana Public Library or Havana Park District. Online memorial messages may be left for the family at www.hurleyfh.com. Hurley Funeral Home in Havana is in charge of arrangements.