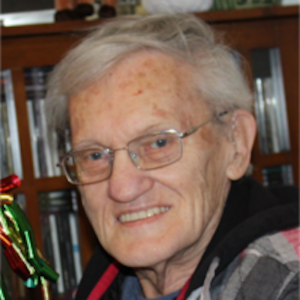 Edwin Harvey Reynolds, 85, of Peoria, formerly of Havana, passed away, surrounded by family, at UnityPoint Health – Proctor Hospital, in Peoria, at 9:45 p.m. on Thursday, May 23, 2019. He was born February 19, 1934, in rural Havana, to Oliver and Pearl Irene (Bell) Reynolds. He married Betty Joan Turner on September 26, 1952. She preceded him in death on October 29, 2017. Mr. Reynolds is survived by three sons: John Dennis (Vicky) Reynolds of Havana, Kent (Christine) Reynolds of Peoria, James (Marie) Reynolds of Havana; thirteen grandchildren; 12 great-grandchildren and one sister, Hazel (Herman) Bontjes of Havana. Edwin and Betty had also raised several foster children. He was preceded in death by his parents, wife, daughter Frances Reynolds Johnson, and two siblings: Dennis and Erma Irene. Mr. Reynolds was a founding member of the Havana Church of Christ where he taught Sunday School for many years. He served in the U.S. Army during the Korean War and was later a member of the American Legion. During his lifetime he worked on the Illinois River on barges and at the coal docks. He retired from Caterpillar after many years of service. Visitation will be held at Hurley Funeral Home in Havana from 6 until 8 p.m. on Thursday, May 30, 2019. Funeral services will be held at Havana Church of Christ on Friday, May 31 at 10:30 a.m., with an additional hour of visitation immediately prior to the service. Burial will follow the services at Laurel Hill Cemetery in Havana. Rev. David Upchurch will officiate. Memorial contributions may be made to Havana Church of Christ. Online memorial messages may be left for the family at www.hurleyfh.com. Hurley Funeral Home in Havana is in charge of arrangements.