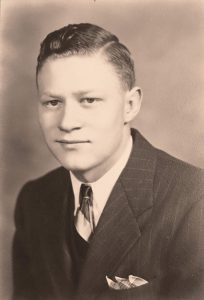 John E. Roat, 90, of Havana passed away on Tuesday, May 7, 2019 at 5:22 a.m. at Mason District Hospital. He was born on September 14, 1928 to Henry and Julia (Hendricker) Roat in Havana. He married Phyllis Frampton on December 30, 1961 in Pekin, Illinois. She preceded him in death on January 13, 2014. John is survived by his children Gordon (Lynne) Roat of Pekin and Gloria (Tony) Sanguedolce of Springfield, grandchildren Elena (Stephen) Adams, Zachary (Kara) Roat, Emily Roat, and Sophia Sanguedolce, and great-granddaughter Amelia Adams. He is also survived by his brother Dan (Eleanor) Roat, sister Carol Reedy, and many nieces and nephews. He was preceded in death by his parents, wife, daughter Cynthia Ruth Roat, brothers Gerald, Marvin, Paul, Roy, and Charles, and sisters Alice Murphy, Mildred Park, and Bess Wade. John was a member of the Havana Church of the Nazarene. He attended Roat School and graduated from Havana High School. He served in the Army as Military Police in Germany. He was a lifelong farmer and was a member of the Mason County Farm Bureau and Irrigated Growers. Funeral services will be held on Saturday, May 11 at 11 a.m. at the Havana Church of the Nazarene with a visitation to be held two hours before from 9 a.m. to 11 a.m. Burial will follow at Laurel Hill Cemetery. Rev. Jim Buchanan and Pastor Sue Roat will officiate. Memorial donations can be left in John’s name to the Havana Church of the Nazarene Building Fund. Online condolences can be left for the family at www.hurleyfh.com.