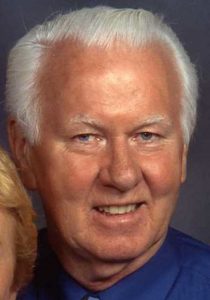 Richard Lyle Miller, 75, of Havana, passed away at Sunset Nursing Home in Canton at 3:54 p.m. on Friday, January 4, 2019. He was born September 4, 1943, in Rockford to Delbert and Gladys (Ross) Miller. He married Catherine Roat on August 15, 1964, at the Havana Church of the Nazarene. Mr. Miller is survived by his wife, Catherine, of Havana; three children: Nicole Rene (Todd) Patton of Metamora, Jason Eric (Adesuyi Adeniyi) Miller of Chicago and Kimberly Camille (Steven) Biever of State Center, IA; four grandchildren: Tanner Patton of Bethlehem, GA and Trevor Patton of Ben Salem PA and Jackson and Steven Biever both of State Center, IA; as well as four siblings: David Leonard Miller, Mary Jane Haberman, Joy Elvir, and Myrna Patton. He was preceded in death by his parents three brothers: Rodney, Delbert and William Miller and one sister: Barbara Schreihofer. Mr. Miller was a member of the Havana Church of the Nazarene. He had worked for Paul Roat Construction and Plumbing, in Havana, for many years. Visitation will be held at Hurley Funeral Home on Monday, January 7 from 4 p.m. until 7:30 p.m. Funeral services will be held on Tuesday, January 8 at 10 a.m. also at the funeral home. Rev. Sue Roat-Hall will officiate. Burial will follow the services at Laurel Hill Cemetery in Havana. Memorial contributions may be made to the Havana Church of the Nazarene. Online memorial messages may be left for the family at www.hurleyfh.com. Hurley Funeral Home in Havana is in charge of arrangements.