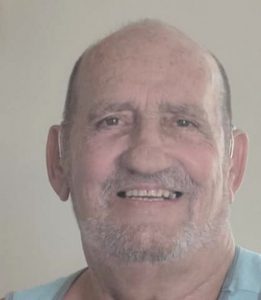 Albert L. List, 77, of Bradenton, Fla., formerly of Mason County, died Dec. 31, 2018, after an 8 and half year struggle with cancer. He was born Feb. 21, 1941 in Lincoln to Archie and Maxine (Hodshire) List. Albert married Marilyn Lindsay on Feb. 3, 1961. Albert and Marilyn raised their family while farming in Mason and Fulton counties, before moving to Ohio to work with Honda Manufacturing in 1988; he retired in 2004 and they returned to Illinois in 2005 after Marilyn retired from the US Postal Service. Albert was a farmer all his life — first in the fields of central Illinois and later on all the properties they owned. You always knew which house was the Lists’ by the exquisite flowers and landscaping. He was preceded in death by both parents and one sister, Betty (Johnnie) Smiley of Tremont. Albert is survived by his wife, Marilyn; son Todd (Lori) of Murfreesboro, Tenn., son Troy of Chicago, daughter Tina List Riemer (Jay) of Duluth, Ga., and son Trevor of Columbus, Ohio; grandchildren Tyler, Courtney, Duncan, Adam and Benjamin; great-grandchildren Elias, Silas, Emily and Ariella; and sister Shirley (Tom) Boward of Downs. The family requests that memorials be directed in Albert’s name to Westside Christian Church, 1415 37th Street Ct W, Bradenton, FL 34205; or to Tidewell Hospice, Philanthropy Department, 5955 Rand Boulevard, Sarasota, FL 34238. Services will be held at 10:30 a.m. on Saturday, Jan. 12, at the Havana Church of Christ, Havana; visitation with the family will begin at 10 a.m.