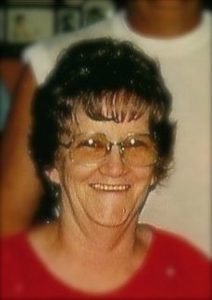 Shirley J. Cogar, age 83 of Havana, passed away at 8:15 a.m. on Friday, June 29, 2018 at her home. She was born on October 28, 1934 in Havana, the daughter of Charles T. and Florence M. (Hobbs) Bennett. She married Kenny Cogar on January 7, 1963 in Springfield. He preceded her in death on August 24, 2000. Shirley was also preceded in death by her parents, one son, Jerry L. Holmes, one grandson Steven Daniel Holmes, one great-granddaughter Whitney Lane, and one sister, Lana Sue Bennett. She is survived by three sons, Danny (Karen) Holmes, Merle (Debbie) Holmes, and Jeff A. Cogar, all of Havana, three daughters, Connie L. (Charlie) Selby of Havana, Melanie J. (Dick) Mohlenbruck of Frederick, and Kim J. Cogar of Havana, her daughter-in-law Laurie Holmes of Havana, 26 grandchildren, 39 great-grandchildren, one great-great-grandson, and her brother Steve (Jennifer) Bennett of Forest City. Shirley was a secretary for the State of Illinois in Paul Powell’s office at the state capital for many years. She last worked for the Mason County Health Department in Havana. She was a member of the Graceland Covenant Community Church in Havana and the Havana VFW Post 6408 Ladies Auxiliary. Shirley and Kenny loved camping and Bluegrass music. Graveside services will be held at 11 a.m. on Tuesday, July 3 at Laurel Hill Cemetery in Havana. Brother Mike Floyd will officiate. Visitation will be held from 10 -10:30 a.m. on Tuesday at Shawgo Memorial Home in Astoria. Memorials may be made to the Shirley Cogar Memorial Fund.