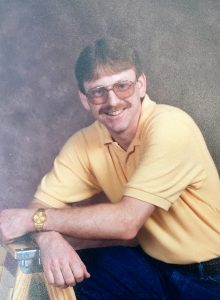 Brian K. Chaney, 52, of Manito passed away at 4:09 a.m. June 10, 2018, at OSF St. Francis Hospital, Peoria. Brian was born on March 26, 1966 to Duane K. and Karen (Walker) Chaney. He married Kimberly Geary on June 6, 1998 in Wyoming, IL. They had two sons, Kevin Charles and Eric Scott. Brian is survived by his wife, Kimberly, sons Kevin & Eric, of Manito, his mother Karen Chaney of Manito, sisters Rene’ (Steve) Mitzelfelt of Round Rock, Texas and Rebecca (Jerry) McGhee of Manito. Also surviving are several nieces and nephews. He was preceded in death by his father, Duane Chaney, and his grandparents Kenneth and Corinne Chaney and Claude and Freda Walker. At the age of eight, Brian was diagnosed with Type 1 Diabetes. He continued to maintain an active lifestyle throughout school while being involved in sports and musicals. He worked full time at Keystone Steel and Wire since May 1986; last working on June 7, 2018 as a tester in the wire mill. Brian graduated from Forman High School. He enjoyed fishing and hunting with his family and was an avid Cubs fan. Brian was a member of the Manito Chapter Ducks Unlimited for many years including being chairman of the annual banquet. Visitation will be held on Thursday, June 14, 2018 from 5 p.m. to 8 p.m. at Maas Hurley Funeral home in Manito. Funeral services will be Friday, June 15, 2018 at 10:30 a.m. at Forest City Community Church of which he was a member. Additional visitation will be one hour prior to service. Memorial contributions can be made to JDRF or Manito Chapter Ducks Unlimited or a charity of your choice.