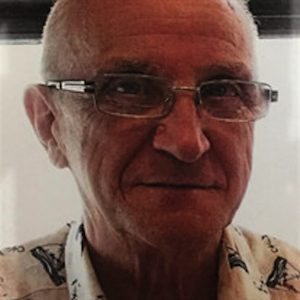 Joseph “Joe” Hardy, 76, of Havana passed away on Friday, March 9, 2018 at 4:15 a.m. at his home. He was born on November 17, 1941 in Menard County to Leonard and Ethel (Nixon) Hardy. He married Lois Ann on September 2, 1961 in Havana. Joe is survived by his wife, daughters Kay (Mario) Betancourt and Angie (Eric) Stillman of Havana, grandchildren; Amber, Heather, Megan, Nathan, Cody, and Erica, and great-grandchildren; Hannah, Haley, Wayne, Mackenzy, and Haisley. Also surviving is his brother Charles of Havana. He was preceded in death by his parents and fourteen brothers and sisters. Joe was a member of Bethel Baptist Church. He retired from Crescent Forge and Shovel in 2001, where he worked as a manager. A visitation will be held on Monday, March 12, 2018 from 5 p.m. to 7 p.m. at Hurley Funeral Home in Havana. Funeral services will be held on Tuesday, March 13, 2018 at 10 a.m. at Laurel Hill Mausoleum. Rev. Greg Holliger will officiate. Memorial contributions can be left in his name to Bethel Baptist Church. Online condolences can be left for the family at www.hurleyfh.com. Hurley Funeral Home in Havana is in charge of arrangements.