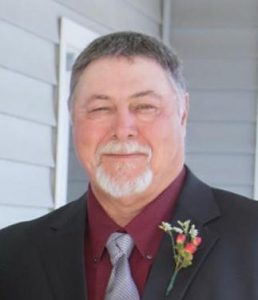 Roger Evan Stuhmer, 54, of Havana, formerly of Chandlerville, passed away at Mason District Hospital in Havana at 10:14 a.m. on Wednesday, February 28, 2018. He was born July 9, 1963 in Springfield, to Darrel “Jake” and Mary (Sallee) Stuhmer. He married Jenny Houston in Jacksonville on July 6, 2002. Mr. Stuhmer is survived by his parents, of Waverly; wife, Jenny, of Havana; two sons: Brett (Lauren) Stuhmer of Keymar, Maryland, Samuel Stuhmer of Havana; as well as one brother, Patrick (Judy) Stuhmer of Auburn, one aunt, Shirley (Dave) McCullough and several nieces and nephews. He was preceded in death by his grandparents and two uncles, Sam and Herschel Stuhmer. Mr. Stuhmer served on the Chandlerville Volunteer Fire Department for 30 years. He was a graduate of Waverly High School. He had worked for Sunrise F/S for the past thirteen years as a Fuel Salesman. He enjoyed airplanes, farming and traveling to watch his son, Sam, play baseball and football. He was very outgoing and was known for his laugh and smile. Visitation will be held at Lintner-Hurley Funeral Home in Chandlerville on Sunday, March 4, 2018 from 1 until 3 p.m. Funeral services will be held at 3 p.m, immediately following the visitation. Rev. George Garnot will officiate. Roger’s family requests casual dress for the services. Memorial contributions may be made to an Education Fund for Samuel Stuhmer through the Havana National Bank. Online memorial messages may be left for the family at www.hurleyfh.com. Lintner-Hurley Funeral Home in Chandlerville is in charge of arrangements.