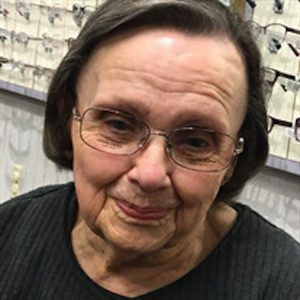 Minnie Ellen Lyons, 86, of Peoria, passed away at Unity Point Health – Proctor Hospital in Peoria, at 11:27 a.m. on Friday, March 2, 2018. She was born May 31, 1931 in Canton to Charles and Lona (Danner) Bohannon. She married J.C. Lyons on November 26, 1977 and he preceded her in death on August 8, 1994. Mrs. Lyons is survived by four children: Danny Weis of Nashville, TN, Vicki Stegmaier of Peoria, Cindy (Keith) Frankland of St. Charles, Sandra McPhee of Prairie du Chien, WI; one stepson, Donnie Lyons of Manila, Philippines; one stepdaughter, Debra Herbert of West Jordan, UT; eight grandchildren and nine great-grandchildren. She was preceded in death by her parents and husband. Private family services will be held at a later date. Memorial contributions may be made to TAPS in Pekin or Wounded Veterans. Online memorial messages may be left for the family at www.hurleyfh.com. Hurley Funeral Home in Havana is in charge of arrangements.