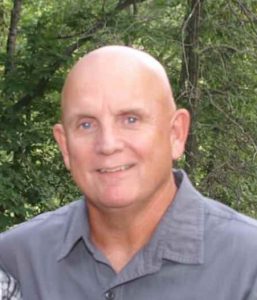 Michael D. Blakeley, 65, of Mt. Sterling formerly of Kilbourne went to be with the Lord on December 27, 2017 at St. John’s Hospital in Springfield. He was born on November 21, 1952 in Canton to Earl and Margaret (Wrestler) Blakeley. On October 10, 1971 he married Kathleen Nall. She survives. Michael is also survived by two children: James (Martha) M. Blakeley and Michelle D. Riordan of Jacksonville, 5 grandchildren: Patrick Cook and Madison Cook of Jacksonville and Gabriel, Elijah and Elizabeth Blakeley of Mt. Sterling, 4 brothers: Larry Blakeley of Pekin, Kevin Blakeley of Havana, Rick (Janice) Blakeley of Bath and Mark of Springfield, sister-in-law Violet and several nieces and nephews. He was preceded in death by his parents, his brother Steve and sister-in-law Sue. Michael’s favorite thing was spending time with his grandchildren. He enjoyed going to sporting events with them. He was an avid fisherman and enjoyed hunting. He was active in the Bethel Baptist Church. A Funeral service will be held on Saturday, December 30 at 11 a.m. at Bethel Baptist Church in Chandlerville, with Pastor Greg Holliger officiating. A visitation will be held one hour prior to the service at 10 a.m. Burial will follow at Bethel Cemetery in Chandlerville. In lieu of flowers, memorial contributions may be made to St. Jude’s Children Hospital or Faithfully Nurturing Children (FNC). Online condolences can be left for the family at www.hurleyfh.com. Hurley Funeral Home in Havana is in charge of the arrangements.