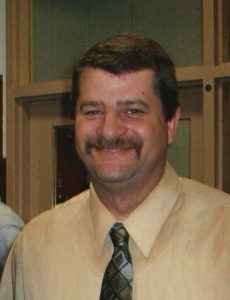 John Christopher Dunker, 50, of Easton, passed away in Crane Creek Township at 4:30 p.m. on Friday, November 17, 2017. He was born July 10, 1967, in Springfield, IL, to John and Bonnie (Brooks) Dunker. He married Laura Dosher on October 27, 1990 at St. Patrick’s Catholic Church in Havana. Mr. Dunker is survived by his wife, Laura, of Easton; parents, John and Bonnie Dunker of Mason City; daughter, Samantha (Ryan) Burks, of Delavan; son, Jeff Dunker of Easton; sister, Millie (Chris) Rose of St. Joseph, IL; brother, Steve Dunker of Springfield, as well as six nieces and three nephews. He was preceded in death by his grandparents. Mr. Dunker was a member of Greenview Lodge #653. He had served as a volunteer firefighter for Easton Fire Department for several years. He loved to hunt, fish and spend time outdoors. He received a bachelor’s degree from Eastern Illinois University and later a Master’s Degree from Western Illinois University. He was a teacher in the Havana School District for the last twenty-seven years. Most recently, he had served as Principal at New Central School, beginning in 2008. A service will be held at Havana High School on Wednesday, November 22, 2017 at 1:30 p.m. Visitation will follow the service from 2:00 until 5:00 p.m. Memorial contributions may be made to New Central PTO or a college education fund to assist his son, Jeff. Online memorial messages may be left for the family at www.hurleyfh.com. Hurley Funeral Home in Havana is in charge of arrangements.