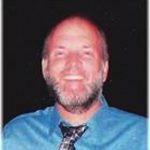 Timothy Dale Phelps, 59, of Henry, passed away Saturday October 21, 2017, 6:45 p.m. in Princeton. Tim was born May 9, 1958 in Canton to Dale Eugene and Dorothy Alberta (Van Etten) Phelps. Surviving are his father, Dale of Covington, IN., his longtime soulmate, Janet Spellious, of Henry, two sisters, Tracy (Ray Heck) Sondag, of Lake Wildwood, Lila Green, of Toluca, two brothers, Michael Phelps, of Covington, IN and Paul (Diane) Myers, of Seminole, FL, nephew, Wade Newhaflen, of LaSalle and his dog, Sugar. His mother preceded him in death. Tim had served in the Army reserves. He was a retired sheet metal worker and the “E bay King”. He loved to spend time playing golf with his best buddies. Cremation rites have been accorded. The family will announce a Celebration of Life Service at a later date. Memorials may be made to the ARK, Lacon. Calvert & Johnson Memorial Home; Henry is assisting the family with arrangements