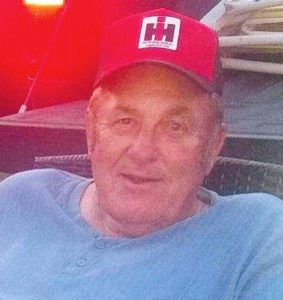 Robert A. Ford, 74, of rural Smithfield passed away at 12:54 a.m. Saturday July 29, 2017 at his home. He was born November 15, 1942 at rural Smithfield the son of Brice R. and Edna (Foulk) Ford. He married Susan Rogers on November 5, 1966 at Canton. She died July 26, 2012. He was also preceded in death by his parents, and one daughter Shelli Ford. Surviving are one daughter, Sheri (Jim) Keefauver of rural Smithfield, one sister, Lorena Jump of Canton, and two grandchildren, Megan Baker of Jacksonville and Austin Baker of Lewistown, and one great granddaughter, Stella Robertson of Jacksonville. Robert graduated from Cuba High School and then served in the Army Reserves. He was a lifelong farmer on the family farm. He worked as a welding foreman at International Harvester Canton plant and Memphis Tennessee plant until they closed. He had also worked at Canton Industrial Corporation. Robert served on the West Central FS Board of Directors. He loved to work in the field and factory. He always had time for his family. Funeral services will be held at 10:30 a.m. Friday August 4 at the Henry-Lange Memorial Home in Cuba with Reverend Layton Malone officiating. Burial will be in Buckeye Cemetery at rural Smithfield. Visitation will be held Thursday from 5-7 p.m. at the memorial home. Memorial contributions may be made to the American Diabetes Association. To view Robert’s life tribute video or to send online condolences visit www.henrylange.com.