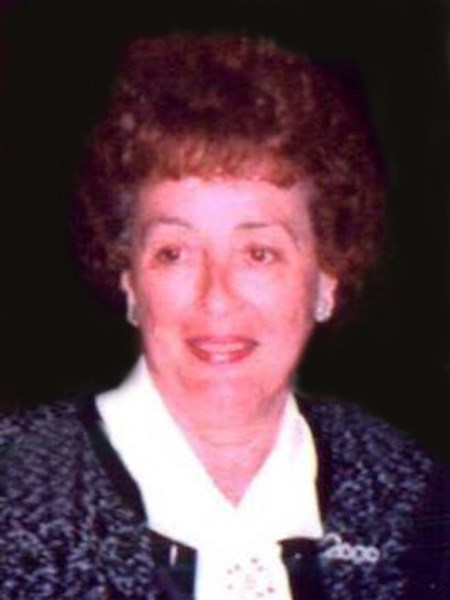 Marilyn Brittin, 83, of Springfield, passed away at 12:05 a.m. on Wednesday, February 3, 2016 at St. John’s Hospice surrounded by her loving family.
Marilyn was born August 8, 1932 in Havana, IL, the daughter of Dr. J.L. and Greta Nollsch Kirchner. She married Evans E. Brittin, Jr. on March 1, 1953 in Havana; they met while playing in a dance band during their high school years; he preceded her in death.
Marilyn was valedictorian of her 1950 graduating class at Havana High School. She then attended ISU and graduated with a B.S. in Business Education and a minor in music. She was a member of the Laurel United Methodist Church since 1959, a member of the United Methodist Women, a piano accompanist for the church, taught 3rd and 4th grade Sunday school, and led the “Christmas in July” program. Marilyn enjoyed traveling, especially to Hawaii and Florida. She was a member of the Springfield Garden Club. She also enjoyed sewing and baking. She was famous for her chocolate fudge. Her family and friends were dear to her and she enjoyed entertaining them in her home. Marilyn played classical, popular, and sacred music “with a special flair” according to a dear friend. Marilyn was a secretary at Dairyman’s in Honolulu, HI, taught private piano lessons, was a bookkeeper for Brittin Piano Tuning, was a pianist at the Governor’s Mansion during the administrations of Jim Edgar and George Ryan, and was also an accompanist for the Festival of Trees. Marilyn and her husband entertained numerous residents of retirement homes. She was also an accompanist for the Springfield Theater Guild and Springfield Municipal Opera, where she also wrote grants and organized the Muni Bus Transportation Service. Marilyn volunteered with Retired Volunteers in Christ’s Service since 1984, volunteered at Washington Street Mission, and spent many hours volunteering with students as an accompanist for their band concerts and music contests.
She was also preceded in death by her son, Charles Brittin and three brothers, Alan, Robert, and Charles Kirchner.
She is survived by her son, Joe (wife, Kim) Brittin of Springfield; one daughter, Becky (husband, Coley) Cowan of Springfield; three grandchildren, Andrew (wife, Becky) Cowan of Springfield, Brad Brittin of Springfield, and Melissa Brittin of Cape Girardeau, MO; two great-grandchildren, Mia Redpath and Carson Cowan; one daughter-in-law, Sallie Brittin of Springfield; three sisters-in-law, Anna and Jean Kirchner, both of Springfield and Joanne MacKay of Williamsville NY; and several nieces.
Visitation and Funeral Ceremony: Family received friends from 9 until 10:45 a.m. on Saturday, February 6, 2016 at Boardman-Smith Funeral Home, 800 South Grand Avenue West, Springfield. A Funeral Ceremony followed at 11 a.m. Burial followed at Oak Ridge Cemetery.
Memorial contributions may be made to Laurel United Methodist Church, 631 South Grand Avenue West, Springfield, IL  62704, Washington Street Mission, 408 North 4th St., Springfield, IL  62702, Hoogland Center for the Arts, 420 South 6th St., Springfield, IL  62701, or the Muni Opera, P.O. Box 2255, Springfield, IL  62705.
Please visit boardmansmith.com to offer your condolences.