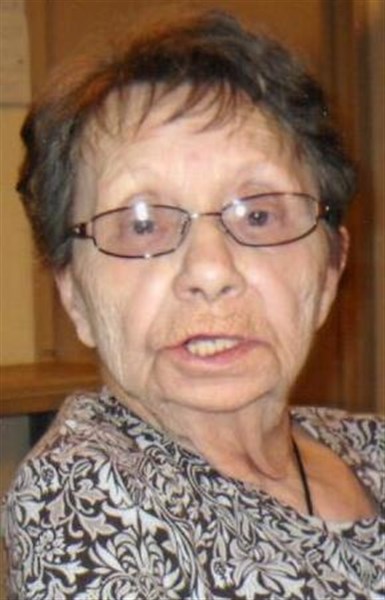 Betty L. West, 88, of Lewistown passed away at 2:00 AM Thursday January 7, 2016 at Graham Hospital in Canton.
She was born September 14, 1927 in Ashburn, Missouri the daughter of Marvin and Odessa “Dessie” (Wood) Althiser. She married Robert West on September 8, 1946 at Phoenix, AZ. He died February 2, 2000. She was also preceded in death by her parents, one brother, and one sister. Surviving are two daughters, Glenda (John) Barclay and Sharon Gilpin both of Lewistown, one son, Robert (Janet) West of Astoria, three sisters, Evelyn Stegens of London Mills, Charlotte Helton and Nancy Scanavino both of Ottawa, six grandchildren, thirteen great grandchildren, and four step great grandchildren.
Betty was a homemaker. She was a life time member of the Lewistown VFW Post 5001 ladies auxiliary.
Funeral services will be held at 2:00 PM Saturday January 9th at the Henry-Lange Memorial Home in Lewistown with Pastor Randy Munson officiating. Burial will be in Oak Hill Cemetery at Lewistown. Visitation will be held one hour prior to services at the memorial home. Memorial contributions may be made to Clayberg Nursing Home or any charity of the donor’s choice. To send condolences visit www.henrylange.com.