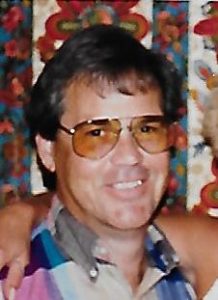 Kenneth E. “Kenny” Henry, 81, of Lewistown, passed away at 5:30 a.m. Sunday November 13 at Graham Hospital in Canton. Kenny was born January 17, 1941 in Canton, the son of Edward D. and Regena M. (Madison) Henry. He graduated from Lewistown Community High School in 1959, and then went on to Parsons College for 2 years in Fairfield, Iowa. He and his wife, Linda Sue (Powell) Henry were married on December 24, 1961 in Lewistown. Kenny and Linda moved to Chicago where Kenny graduated from Worsham College of Mortuary Science and came back to Lewistown as a funeral director along with his father Ed. He served on the Fulton County Board starting in 1963. In his 17 years of service, Kenny served as the chairman of the Steering Committee to get the Spoon River Correctional Center built; Now known as the Illinois River Correctional Center, and he also represented Fulton County on the Transportation and Economic Development Committee. Kenny was a licensed funeral director for over 40 years. He owned and operated Henry Memorial Home in Lewistown for 31 years, and Henry Memorial Home in Cuba for 24 years. He also served on the Lewistown Township Cemetery Board for several years. He was a member of the Illinois Funeral Directors Association, and the District 8 Funeral Directors Association. Kenny was a lifetime member of the Lewistown First Presbyterian Church and recently awarded one of the Distinguished Alumni Recipients at 2022 Lewistown Alumni Banquet. Kenny was a beloved husband, father, grandfather, and great grandfather. He was a great encourager, and a total optimist about almost everything, and one of the most grateful and passionate people you would ever know. Further tribute to Kenny was his love for Fulton County and the community. Kenny is survived by his wife of 60 years, Linda Henry, along with two children, Kenneth E. “Ed” (Trang) Henry Jr. of Vietnam, and Debra S. “Debbie” (J.C.) Taylor of Lewistown, three grandchildren, Ashley (Ryan) Hill of Springfield, Taylor (Yurika) Lange of Japan, and Kia Henry of Vietnam, and two great grandchildren, Emmy Hill, and Zoey Lange, and his beloved cat “Kitty”. Funeral services will be held at 2:00 p.m. Saturday, November 19 at Henry-Lange Memorial Home in Lewistown with Pastor Penny Frame officiating. Visitation is one hour prior to services. Memorial contributions may be made to Lewistown Rescue Squad. To view Kenny’s life tribute video or to send condolences, please visit henrylange.com