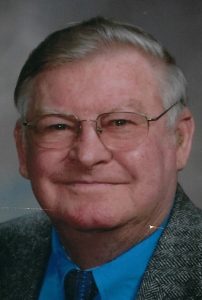 Robert Gene Miller, 84, of Ipava, passed away at 5:29 p.m. on Sunday, March 22 at Mason District Hospital in Havana. He was born on February 2, 1936 in Smithfield the son of Robert K. and Zelma (Fierce) Miller. Gene married Carol Jean Sosey on May 12, 1957 in Cuba. She survives. Also surviving is his daughter, Debbie (and David) Berry of Ipava, 2 grandsons, Kurt (and Sarah) Palm of Stafford, VA and Kory (and Tabitha) Palm of Bushnell, 3 great-grandchildren, Kaden, Connor and Bella Palm, brother, Eldon Miller of Cuba, sister, Carol (and Larry) Wilson of Atascadero, CA, 3 nieces and 3 nephews. He was preceded by his parents and one nephew. Gene was a farmer. He served in the US Army from 1958 to 1960. Gene was a graduate of the class of 1954 of Cuba High School. He was a member of the Ipava American Legion. He was a fan of the St. Louis Cardinals. Due to COVID-19 restrictions, the service will be private. A celebration of life will be held at a later date. Interment will be in the Baughman Cemetery in Smithfield at a later date. Memorials may be made to the Ipava American Legion or Ipava Fire and Rescue Squad.