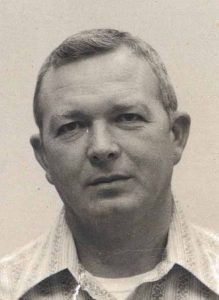 Paul L. Hurst, 89, passed away on Thursday, February 26 at his residence. He was born on September 8, 1930 in Canton to Tom and Nettie (Clutter) Hurst. Survivors include his wife, Betty (Dixon) Hurst and his children, Wendy Hurst of Canton, Kim Hurst of Tucson, AZ, Tom (Judy) Hurst of Ninnekah, OK and one brother Robert (the late Helen) Hurst of Canton. He was preceded in death by his parents, his previous wife, Barbara Hurst, five brothers and two sisters. Paul was a graduate of Canton High School and attended Illinois College. He served in the Korean War from February 20, 1951 until February 20, 1954 as a member of the 85th Combat Engineers reaching the rank of Master Sergeant. He received a National Defense Service Medal, Korean Service Medal with three bronze stars and a United Nations Service Medal. He returned to Korea for the 60th anniversary of the Korean War and received a certificate of Ambassador for Peace Medal. He was employed as a senior design engineer for 37 years for Caterpillar retiring in 1985. He owned and Operated Paul’s Custom Shop making custom made furniture. Paul is a lifetime member of American Legion Post#16 and Canton VFW. He served as a president of the Canton Toastmasters. He served as a Canton Alderman for 12 years and also refereed basketball and football for area high schools for 25 years. Per Paul’s wishes cremation rites have been accorded and there will be no services. Burial of the ashes with military honors will be held at a later date. Memorials may be made to Nets for Vets C/O Greater Peoria Honor Flight, Box 5072, Peoria, IL 61601-5072 To leave online condolences please visit oakshinesfuneralhome.com