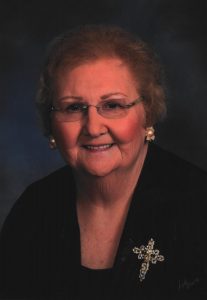 Louetta B. Sailer, 82, of Canton passed away at 12:36 pm Wednesday, January 15, 2020 at Graham Hospital in Canton. She was born on May 26, 1937 in Canton to Raymond and Eythel (Hedges) Johnson. Louetta married Howard W. Sailer on October 10, 1959 in Canton. He preceded her in death on January 29, 2012. Also preceding her in death were parents and two brothers; James “Bob” Johnson and Allen L. Johnson. Surviving are two daughters: Lisa (Marty) Bowton and Vicki (Mark) Carpentier both of Canton; brother Paul L. Johnson of Delong; and four grandchildren: Joshua and Jessica Bowton, and Brandon and Sarah Carpentier. Louetta was an avid domino player and loved to camp and travel. She was a member of South Park United Methodist Church in Canton. The family would like to thank Dr. Savegnago and the nursing staff at Graham Hospital ICU. Services will be 11 a.m. Tuesday, January 21 at Oaks-Hines Funeral Home in Canton where visitation will be from 6 to 8 p.m. Monday, January 20. Burial will follow in Greenwood Cemetery in Canton. Memorials can be to South Park United Methodist Church. To view Louetta’s DVD or to leave online condolences, please visit www.oakshinesfuneralhome.com