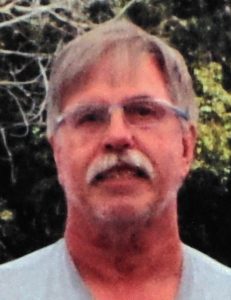 Donald A. Lafary, 65, of Lewistown, passed away at 10:16 am Sunday, October 20, 2019 at his residence. He was born on July 9, 1954 in Canton to Lawrence and Pamela (Bayliss) Lafary. Donald married Sharon M. Kruzan on March 31, 1978 in London Mills. She survives along with two children; Angela M. (Lafary) Bailey of Cuba and Michael E. Lafary of Lewistown; brother Norman (Joyce) Lafary of Troy, MO; sister Patricia Crawford of Canton and three grandchildren: Kaleb Bailey, Abigail Yocum, and Mariah Graham; several nieces and nephews and other friends and family in Cheltenham, England. He was preceded in death by his parents. Donald attended Smithfield School in Illinois and Monkscroft School in Cheltenham, England, where he received his Oxford Level Exam Certificates. He was a Union Steward and Laborer for local 231 at Metropolitan Sanitary District for 27 years, owned and operated Lafary’s Bait Shop in Bernadotte, and was a rural letter carrier for Canton Post Office for 14 plus years. Donald was a St. Louis Cardinal and Leeds United Soccer fan. He enjoyed spending time with family and friends and was a loving husband, father, and grandfather. He was always witty and there was never a dull moment when he was around. A Celebration of Life will take place from 4 to 6 p.m. Saturday, November 2 at Oaks-Hines Funeral Home and Crematory in Canton. Memorials can be made to an Education Fund for the grandchildren c/o Ipava State Bank in Lewistown. To view Donald’s DVD or leave online condolences, please visit www.oakshinesfuneralhome.com.