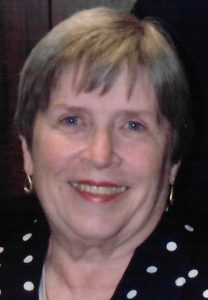 Cheryl A. Dare, 71, of Canton, passed away at 9:35 a.m. on Sunday, January 20, 2019 at Graham Hospital E.R. She was born on February 12, 1947 in Redoak, IA to Marion and Lydia Ann (Lyman) Pennington. She married Henry Dare on February 9, 1974 in Geneseo, he survives. Also surviving are two sons, Greg (Sammi) Dare of Pekin and Phil (Kris) Dare of Canton; four grandchildren, Isaac Dare, Madison Dare, Elizabeth (Eric Weiser) Hayes, and Emma Hayes; two brothers, Hugh (Char) Pennington of WA and Paul (Jeannie) Pennington of Peoria, AZ; and one sister, Donna (Bruce) Quayle of Peoria. Cheryl was preceded in death by her parents. Cheryl graduated high school in Beatrice, Nebraska and later graduated with her bachelor’s degree from the University of Nebraska. She worked as a school teacher for a total of 35 years between Carpentersville, Malden, Geneseo, and lastly Lincoln Elementary School in Canton, for 24 years. She was a member of the Wesley United Methodist Church in Canton, Chapter LY PEO Sisterhood in Canton, Peoria Gems of the Prairie Quilt Guild, Canton Piecer’s of the Heartland, and the Illinois and Fulton County retired teachers. Services will be held at 10 a.m. on Saturday, January 26 at Wesley United Methodist Church in Canton, where a visitation will be held an hour prior. Rev. K. Bruce Rushing and Leanne Noland will officiate. Burial will follow at Greenwood Cemetery in Canton. A visitation will be held from 5 to 8 p.m. on Friday, January 25 at Sedgwick Funeral Homes & Crematory in Canton. Memorials can be made to the Spoon River College Foundation. To make online condolences you may go to www.sedgwickfuneralhomes.com