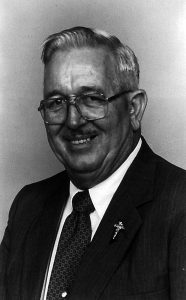 Gerald R. Foreman Sr, 79, of Canton passed away at 11:26 p.m. Tuesday, October 3, 2017 at the Graham Hospital in Canton. He was born on July 12, 1938 in Toulon to Delmas Ray and Mildred Lucille (Hegwood) Foreman I. Gerald married Ivy Joan Freitas on September 9, 1959. Surviving are three children; Brandy (Harry) Walters, Gerald R. (Renae) Foreman Jr, and Delmas (Joanna) Foreman II all of Canton, five grandchildren; Jacob, Marisa, Madison, Zachary, and Emily, two sisters; Barbara Rosencrans of St. David, and Priscella Anderson of Norris. He was preceded in death by his parents, and two sisters; June Downard, and Linda Ashwood. Jerry was a Marine serving in the military from July 15, 1955 to December 15, 1972 serving two tours of duty in Vietnam. He was the VFW Post 1984 Commander for 21 years, State of Illinois VFW Member of the Year in 2012-2013. Jerry retired from the Canton Police Department after working for 13 years, Owner/Operator of Videos Unlimited, Co-founder of Crime Stoppers, 1993 Canton Chamber of Commerce Citizen of the Year, and supporter of POW/MIA. Jerry dedicated his life to helping serve others and was a loving father, grandfather, and friend. Celebration of Life Dinner will be 5 to 8 p.m., Monday, October 9 at the Canton VFW. Cremation rites have been accorded. Burial of ashes will be in Greenwood Cemetery at a later date. Memorials can be made to St. Jude Children Hospital. Oaks-Hines Funeral Home in Canton is in charge of arrangements. To leave online condolences, please visit www.oakshinesfuneralhome.com