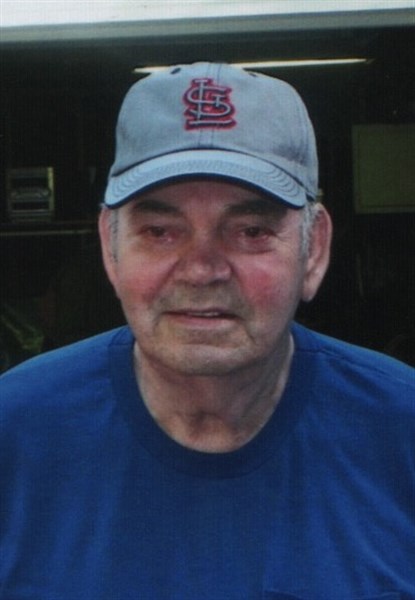 William A. “Mick” Painter, 80, of Liverpool, passed away at OSF-St. Francis Medical Center in Peoria, at 1:52 a.m. on Saturday, April 23, 2016. He was born July 6, 1935 in Chicago, IL to Ruby Towery and was raised by his grandmother, Anna Painter. He married Roma Oldham on July 7, 1954 in Havana. She preceded him in death on November 22, 2015.
Mr. Painter is survived by four children; Bill (Patty) Painter of Bath, Rhonda Sheets of Liverpool, Cindy (Bob) Merrill of Canton and Angie (Larry) Belless of Liverpool, ten grandchildren, fifteen great-grandchildren, with another expected soon, and one sister, Carol Foutch of Southern Illinois. He was preceded in death by his mother, grandparents, Earl and Anna Painter, one granddaughter, one great-granddaughter and one great-grandson.
Mr. Painter served in the US Air Force from 1954 until 1957. He worked for International Harvester for many years. He then transferred to Navistar in Ohio, retiring in 1992. He later tended bar at Liverpool and Havana. He enjoyed playing cards, watching his grandchildren’s ball games and cheering for the St. Louis Cardinals.
Funeral services will be held at Hurley Funeral Home in Havana on Wednesday, April 27, 2016 at 1:00 p.m. with visitation two hours prior to the services. Burial will follow the services at Liverpool Cemetery. Rev. Brian Ebert will officiate.
Memorial contributions may be made to the American Heart Association or the American Cancer Society. Online memorial messages may be left for the family at www.hurleyfh.com.
Hurley Funeral Home in Havana is in charge of arrangements.