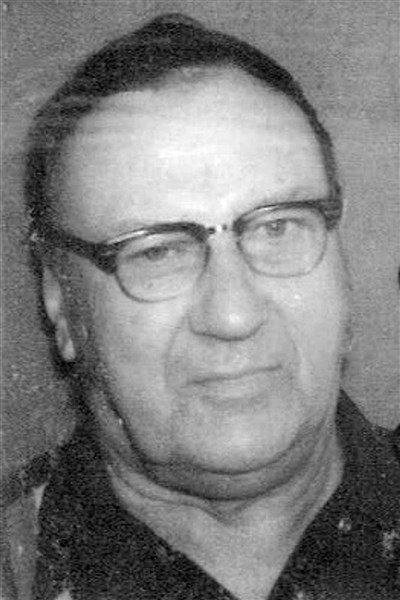 Emmett F. Clark, 94, of Canton died at 10:40 a.m. on Wednesday, March 30, 2016, at Farmington Country Manor.
He was born July 6, 1921, in Liverpool Township to Frank and Revena (Jones) Clark.  He married Lillian Smith on March 16, 1942, in Lewistown.  She preceded him in death on May 22, 2007.
He is survived by three children, Mike Clark of Peoria Heights, Janice Purtle of Canton, and Patricia (Albert) Moore of MN; 12 grandchildren ; 9 great-grandchildren; and 5 great-great-grandchildren.
He was preceded in death by his parents; one son, Emmett “Bill” Clark, daughter-in-law Sharon Clark, two grandchildren, two brothers and one sister.
Emmett was a proud veteran of the United States Army, serving as a MP and tank mechanic under the leadership of General Patton.  Prior to his service in the Army, he had served as a member of the Civilian Conservation Corps.  Emmett and his wife worked as a mechanics at Clark’s Auto Repair.  He was a life time member of the VFW and American Legion posts in Lewistown and Havana.
Cremation rites have been accorded.  Graveside services, with military rites, will be held at 12:00 p.m. April 15, 2016 in Highbridge Cemetery in Dunferlmine.
Memorials may be made to hospice.
To leave online condolences, please visit www.oakshinesfuneralhome.com Oaks-Hines Funeral Home – Canton & Elmwood, IL oakshinesfh@yahoo.com www.oakshinesfuneralhome.com